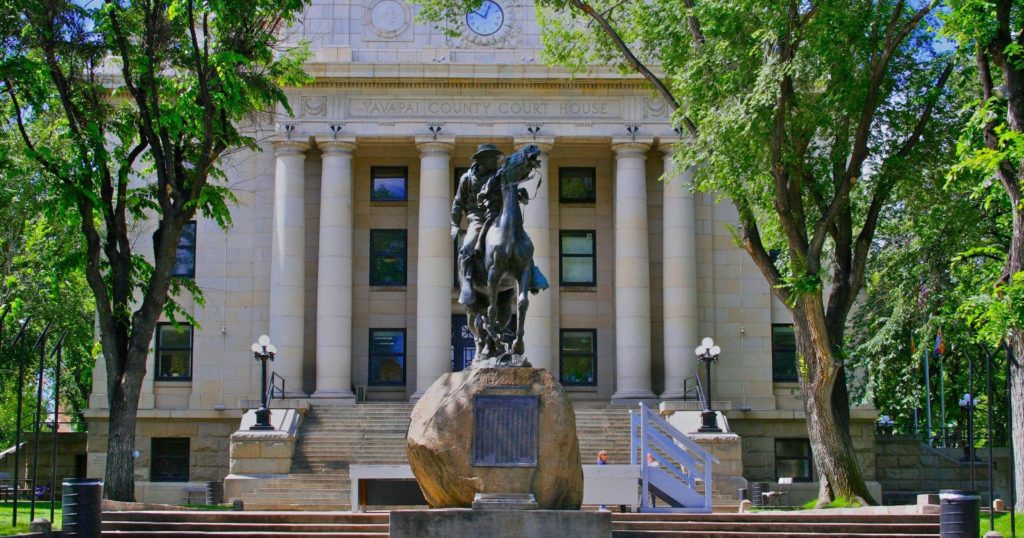 Prescott, Arizona!  Nestled at an elevation of 5,200′ feet above sea level amongst the largest stand of ponderosa pine forests in the U.S., Prescott’s perfect weather provides an average temperature of 70 degrees, with four beautiful and distinct seasons, and breathtaking landscapes complete with granite mountains, lakes, streams, and rolling meadows filled with wildlife.

Once the territorial capital of the state, Prescott is rich with history embodied in its world famous Whiskey Row and abundant historical landmarks. Whether you’re seeking to relax in a natural environment filled with beauty and wildlife, or the history of Wyatt Earp, Doc Holliday, and cowboy forays in the most famous saloons of the Old West, check out the True West and Real Adventure.  Visit Prescott, AZ.

Prescott (/ˈprɛskət/ PRESS-kət;[5][6][7] Yavapai: ʼWi:kwatha Ksikʼita) is a city in Yavapai County, Arizona, United States. According to the 2010 Census, the population of the city is 39,843. The city is the county seat of Yavapai County.[8] In 1864 Prescott was designated as the capital of the Arizona Territory, replacing the temporary capital at Fort Whipple.[9] The Territorial Capital was moved to Tucson in 1867. Prescott again became the Territorial Capital in 1877, until Phoenix became the capital in 1889.

The towns of Prescott Valley, 7 miles (11 km) east; Chino Valley, 16 miles (26 km) north; Dewey-Humboldt, 13 miles (21 km) east, and Prescott, together comprise what is locally known as the “Quad-City” area.[10]This also sometimes refers to central Yavapai County in general, which would include the towns of: Mayer, Paulden, Wilhoit, and Williamson Valley. Combined with these smaller communities the area had a population of 103,260 as of 2007. Prescott is the center of the Prescott Metropolitan Area, defined by the U.S. Census Bureau as all of Yavapai County.

The Yavapai-Prescott Indian Tribe reservation is located adjacent to and partially within the borders of Prescott.

Summer is so hot in Phoenix. You’re desperate to escape.

But … you are out of ideas.

From a quick day trip in Arizona to a long weekend out of state, here are some of our favorite cool getaways, complete with mileage from central Phoenix and typical summer temps. (Don’t blame us if you hit traffic.)

Topping our list is an Arizona city that gets you into cooler temps in the least amount of time. Prescott sits at an elevation of 5,200 feet, and the mercury rarely hits 100.

Since Bad Puppy Screen Printing & Embroidery has their corporate headquarters in Prescott, AZ the ability to sit and talk more face to face is easier then ever. Located out in Williamson valley at the exclusive Talking Rock Country Club, we have the perfect setting to sit over a a cup of coffee or tea and talk on how to elevate your brand to the next level.

Drive Times by Car to Prescott: 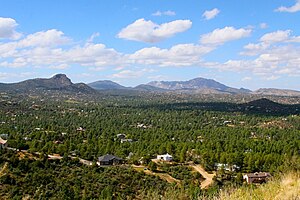 Prescott is 55 mi (89 km) west-northwest of the State of Arizona’s geographic center.

Prescott is considered part of North Central Arizona. It is just south of the Granite Dells. The Granite Dells area, or often called ‘The Dells’, is known for its large boulder outcroppings of granite that have eroded into a spectacular appearance of bumpy rock features. Within ‘The Dells[17]‘ are Watson and Willow Lakes, which are two small, man-made reservoirs. Here a number of hiking trails connect to the Peavine Trail.[18]The Peavine National Recreation Trail follows what was the former rail bed of the Santa Fe. This railroad traveled from Prescott to Phoenix through the Granite Dells. The “Peavine” got its name from the winding portion of this railroad that twists and curves, resembling the vine on which peas grow. The Peavine trail connects to the Iron King Trail, which was the route of the old Prescott Railroad through the Granite Dells. Natural lakes include Lynx, Granite Basin and Goldwater, all surrounding different areas of this rustic community. Goldwater Lake,[19] by Goldwater Park, is 4 miles (6.4 km) from downtown Prescott, has 15 acres (6.1 ha) of water surface, and is a popular destination for park recreation and picnic facilities. Lynx Lake[20] is another lake close to Prescott in tall ponderosa pines, and gets some 125,000 visitors every year. This 55-acre (22 ha) lake offers visitors recreational activities, boating, camping, fishing, hiking, mountain biking, picnicking and a small, seasonal restaurant with a view of the lake. Finally, there is the smallest of the natural lakes with 5 acres (2.0 ha) of surface water at Granite Basin[21] Lake. None of these lakes permits swimming, however all are popular recreational destinations near Prescott.

Granite Creek flows generally north from the Bradshaw Mountains through the city, the Granite Dells, and the Little Chino Valley to the Verde River.

Prescott is in the Bradshaw Mountains of central Arizona, at an elevation of 5,400 feet (1,600 m). The city has a Mediterranean climate (Köppen Csa); however, unlike most other locations in this climate class, there is a pronounced summer wet season due to the North American Monsoon.

Average annual precipitation for 1981–2010 was 17.75 inches (451 mm), with spring and early summer the driest times of the year.[22][23] Snowfall is typically light and snow cover usually melts away quickly; the 1981–2011 average seasonal total was 12.8 inches (33 cm).The largest portion of precipitation falls during the July–September monsoon season. Average daytime temperatures remain above 50 °F (10 °C) the entire year, but diurnal temperature variation is large throughout the year, averaging nearly 30 °F (17 °C) annually.[22][23] On average, temperatures reach 90 °F (32 °C) on 36 days annually, though 100 °F (38 °C)+ readings are uncommon and do not occur every year, much unlike the Sonoran Desert to the south and Mojave Desert to the west. The average season for freezing temperatures is October 21 through May 1.[citation needed]

There was a severe drought from 1999 to 2009, seen from the lack of snowpack in the Bradshaw Mountains. Local creeks do not contain water except immediately after the rare rains. Nevertheless, at the start of 2007 lakes were reported as full. The winter of 2005–06 had less than 3 inches (7.6 cm) of snow, compared to an average snowfall of 12.8 inches (33 cm).[24] 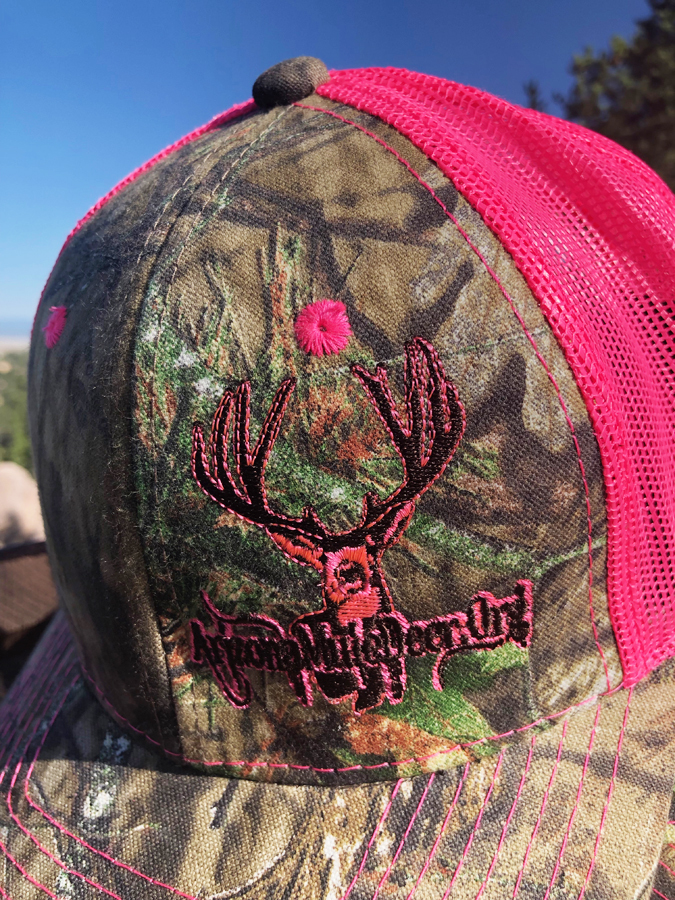 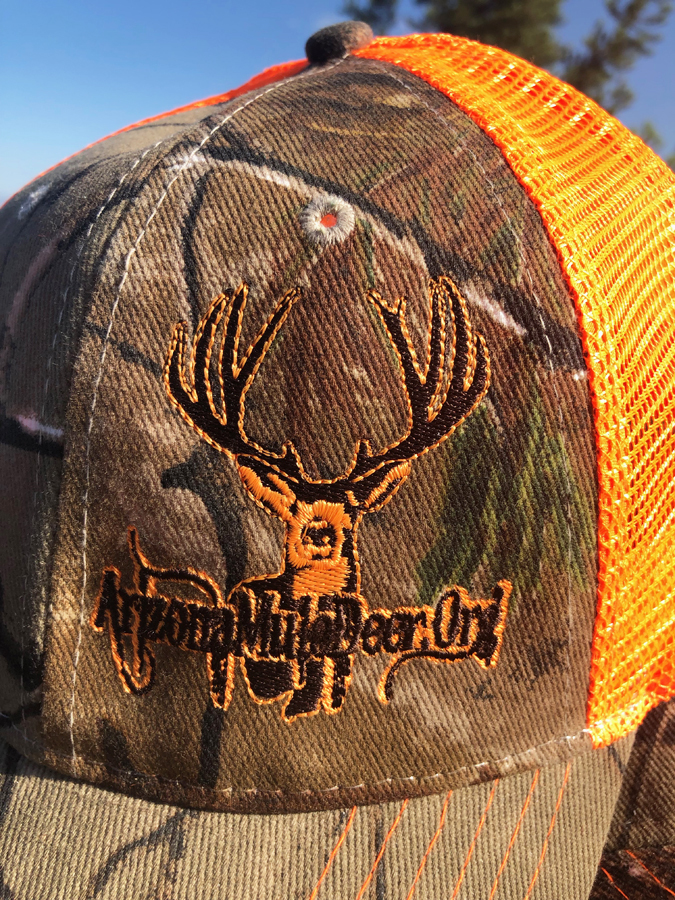 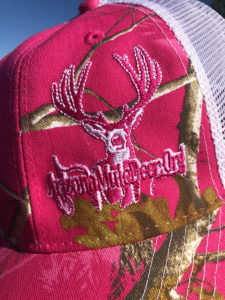